The procession wound its way through Holy Cross Cemetery, where many Irish republicans are buried.

It had been 79 years since Eileen Dillon Moran visited the grave of her grandfather, Luke Dillon, at Holy Cross Cemetery in Yeadon. On Sunday, April 27, with her son, Mike Moran and daughter, Eileen Prisutski, by her side, she laid a wreath at the granite stone of the man she remembered as a “kind, gentle grandfather who told us to always eat dessert first to make sure we got it.”

As she got older—she was five when he died–she came to know him as history did—as “Dynamite” Luke Dillon, who, in 1884 and 1885, was the daring bomber of Scotland Yard and the British Parliament who did it for the cause of Irish freedom. Yet Luke Dillon was born in Leeds, England to Irish immigrant parents, grew up in Trenton, NJ, served with the “pony soldiers” during the Indian wars in Montana and Wyoming, and settled with his family in Philadelphia where he worked a shoemaker. He never set foot on Irish soil.

“One of my sons used to want to fight everybody and we always used to say that who he took after, Luke,” laughed Mrs. Moran, 89, a widow who now lives in West Chester.

There have been Easter Rising Commemorations for decades at Holy Cross, where the Tyrone man long associated the fight for Irish independence, Joseph McGarrity, is also buried. In the past, McGarrity’s sisters, both now deceased, attended; this year, his granddaughter, Deirdre McGarrity Mullen and a cousin, Loretta Beckett of Gloucester City, NJ, laid the wreath on McGarrity’s grave.

But there have been no Dillon descendants at the ceremony, until this year when Eileen Moran brought not only two of her children, but her grandchildren–Luke Dillon’s great-great grandchildren.

The annual event marks the anniversary of the 1916 Easter Rebellion in Dublin, mounted by Irish republicans whose goal was to overthrow British rule of Ireland and establish an independent Republic, an aim that wasn’t achieved until 1922. And in the minds of many fervent Irish republicans, it’s a fight that won’t be over until the entire island of Ireland is united. Luke Dillon lived to see the formation of the Irish state. He died in 1930, at the age of 81, a faithful member of the Clan na Gael republican organization in the US to the end.

“The Dillon family showing up in force was great to see,” says Jim Lockhart of Philadelphia, who organized the event and is on the 1916 Committee which is planning the 100th anniversary of the Irish uprising in two years. “There was a really good turnout this year because we started organizing it earlier and invited more groups to participate.”

Along with Clan na Gael, there were color guards from two Ancient Order of Hibernian divisions, the Pennsylvania 69th Irish Regiment re-enactors, and Emerald Society pipers. At McGarrity’s grave, Belfast native Aine Fox, who now lives in Ardmore, read the proclamation first read by Padraig Pearse outside the General Post Office on O’Connell Street in Dublin in April 1916 establishing “the right of the people of Ireland to the ownership of Ireland.” Gerry McHale, co-chair of the Pennsylvania Ancient Order of Hibernian’s Freedom for All Ireland committee read a history of Joseph McGarrity and I read a history of Luke Dillon. Longtime activists Patricia Bonner and Frances Duffy placed a small amount of Irish soil on each of the graves.

The guest speaker at Dillon’s grave was Michelle O’Neill, a Sinn Fein political leader in Northern Ireland who is minister of agriculture and rural development for the Northern Ireland Executive, who spoke, like Padraig Pearse, of an inevitable united Ireland where old enemies “live side by side” peacefully. The challenge will be, she said, “to convince the ordinary Unionist that there’s a place in Ireland for them.”

The Centennial Easter Rising ceremony will be held on April 24, 2016, at Independence Hall, says Lockhart. “In the run up to that we plan to continue raising awareness of the 1916 by hold or publicizing educational events in the area.”

Look for more information on these and other events on our calendar.

View our photo essay of the event and read the text of my talk about “Dynamite” Luke Dillon. 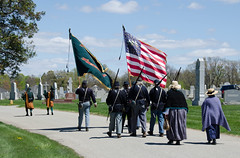 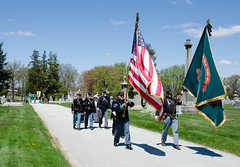 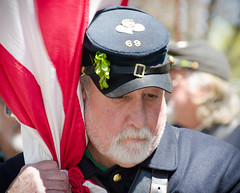 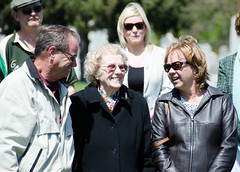 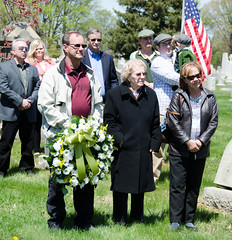 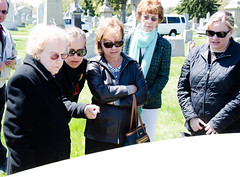 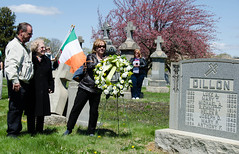 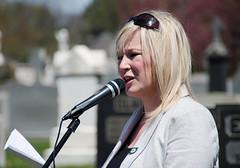 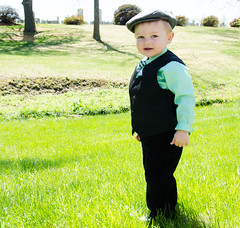 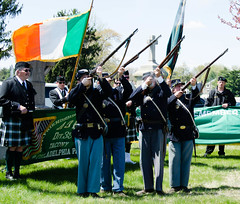 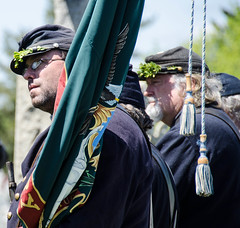 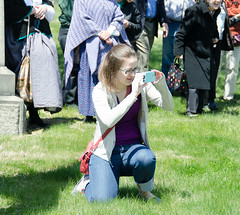 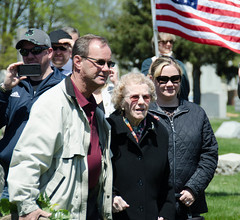 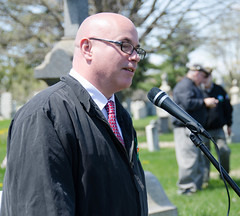 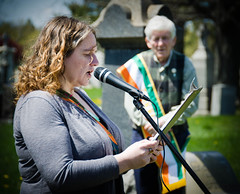 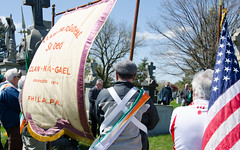 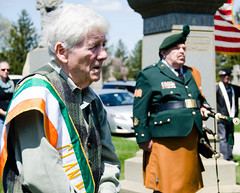 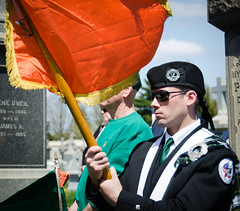 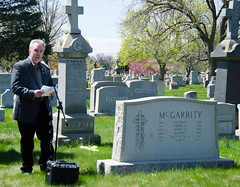 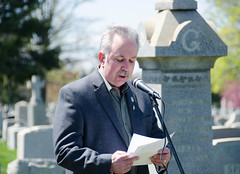 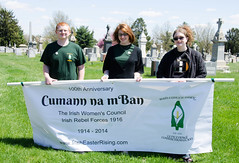 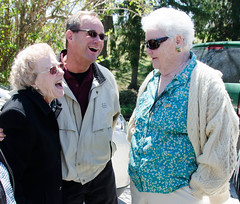 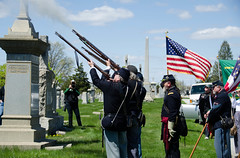 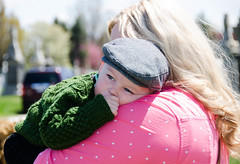 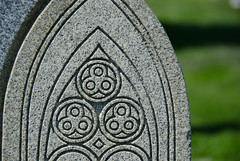 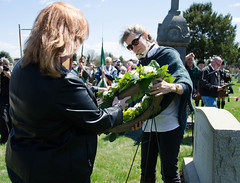