The Sligo-Bound 6 Bring Out Their Sunday Best

Livia Safko, with Haley Richardson waiting in the wings.

“We’re always nervous. We just have to make sure that the worst we do is pretty good.”

It doesn’t seem like such a heavy burden for fiddler Alexander Weir, 15, of West Chester. It least it didn’t seem that way on Sunday when Alexander and five of his friends who are headed to the All-Ireland music championship this summer played at a big fund-raiser in their benefit at Molly Maguire’s in Downingtown, emceed by Terry Kane.

But playing at a fund-raiser is one thing. Standing in front of judges in Ireland, judges who are accustomed to hearing the best players in the world—most of them with the advantage of competing on their home turf—that’s another thing. But two of the Sligo-Bound 6 are world champs from last year—under-12 fiddler Haley Richardson, and Emily Safko, also in the under-12 category, on harp. These kids are used to competing, and they’re all dazzling players. You never know what might happen.

It’s turned into something more than that, but Alexander’s parents are really just taking it all one day at a time. To qualify to go to Ireland, all of the kids—Emily, her sister Livia on fiddle, Alanna Griffin, a fiddler and concertina player, Haley, Alexander, and Keegan Loesel on whistle and uilleann pipes—had to place first or second in the Mid-Atlantic Fleadh Cheoil. It’s not clear who will still be playing at a competitive level years from now, so Alexander and his friends are just focusing on right now, and supporting each other—as they have for years, even though they got into Irish music at different stages, and even though there are age differences.

“Alanna is 18 and the younger ones are 10 or 11, but they’re all respectful of one another. It’s so fabulous that they have each other. They encourage each other. That’s one of the best things about Irish music,” says Alexander’s mom Katherine Ball-Weir.

And there is also this parental side benefit, she laughs: “When our friends are out on a cold, wet soccer field, we’re in a pub with a pint in front of us.”

You can find out how much fun it was, for parents and kids. Check out our photo gallery. And there’s a neat little video under that. 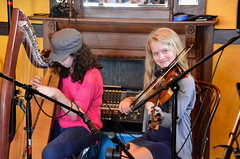 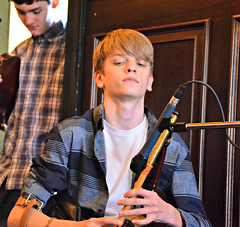 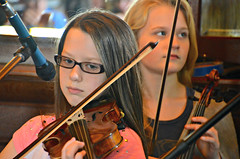 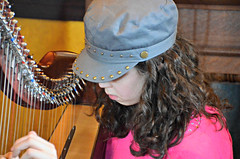 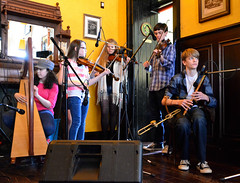 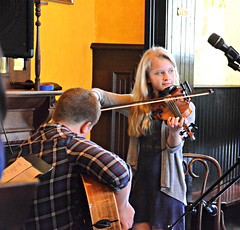 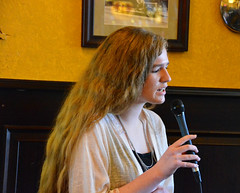 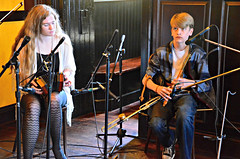 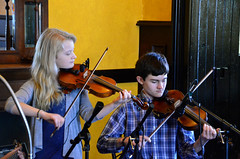 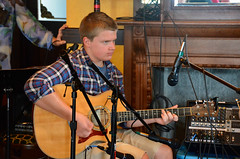 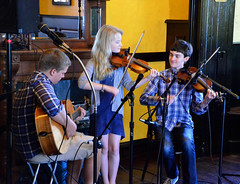 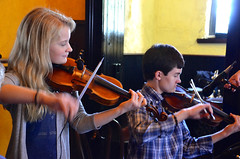 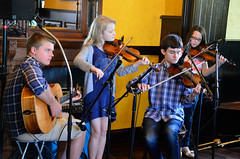 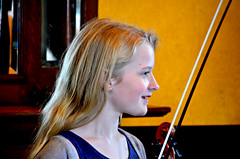 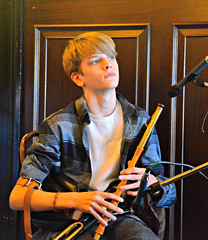