At this moment, members of Irish Thunder Pipes and Drums are in Galway City, less than a day away from leading the parade that is the centerpiece of one of the largest and most important cultural events in Ireland: The Galway Sessions.

Irish Music Magazine, in an online promo story about the event, described Irish Thunder as “famed.”

Drum Major Pete Hand doesn’t know where that description came from, but he’ll take it.

Standing by the side of the bus that would take him, the rest of the band and family members from the Sacred Heart Church parking lot in Swedesburg down the Philadelphia International Airport, Hand said all of the pipers and drummers are looking forward to the honor.

Other pipe bands will be in the parade, too. “There will be a Scottish band and an Irish military band, as well.”

That performance is just one of many exciting moments the band expects to experience in Ireland during the weeklong trip.

Actually, they were scheduled to experience one exciting moment already, en route from Dublin Airport to Galway. “Of course, we were planning on stopping at the Tullamore Dew Distillery for a little break,” Hand said. He was grinning when he said that.

Another highlight: A visit to an Ancient Order of Hibernians hall in Derry for a night of fun with their AOH brethren.

“They’re holding a ceili that night (music, dancing, and all-round partying),” Hand said. “Their hall is a short walk from our hotel. And then there will be some entertainment at a nearby pub.”

After Derry, the tour heads further north, where everybody will get a chance to see the Giant’s Causeway, one of Ireland’s true wonders, and the relatively nearby Carrick-a-Rede Rope Bridge from the mainland out to a little island. Both tourist sights are in County Antrim. A visit to the Titanic Museum in Belfast comes later.

After that, it’s back home to Philly.

Several families are making the trip together. One of the biggest is the Murray family.

This is Bernie’s second trip to Ireland. The first was in 2000, when the band played at the All-Ireland Pipe Band Championship in Kilkenny. He expects this to be an even better trip. 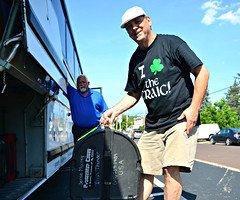 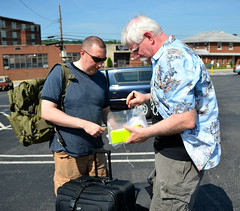 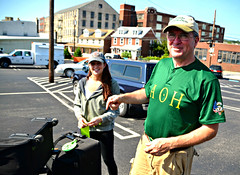 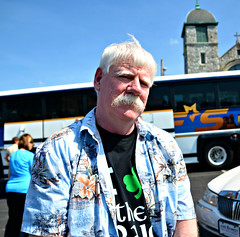 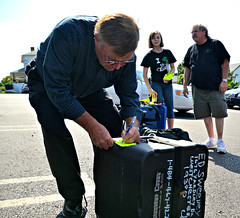 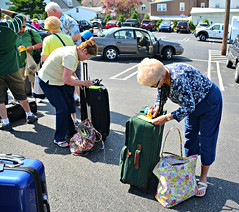 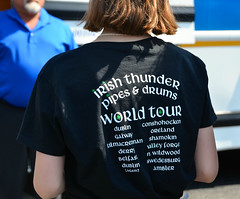