Our babies may also be cuter. This one’s with Second Street Irish Society.

Just recently, irishcentral.com published a slide show of the top 10 controversies surrounding the New York St. Patrick’s Day Parade, including the ban, until 1989, of a woman being grand marshal and the refusal to allow Bernadette Devlin, the Berrigan Brothers, writer Brendan Behan, and gay groups to march in the parade.

I found myself wondering if I could come up with 10 controversies about the Philadelphia St. Patrick’s Day Parade. I got stumped after, “the city made us put up the money for our own port-a-potties a few years ago.” We are a seriously boring people. And if that’s bad, I don’t want to be good.

There’s never been a ban, to my knowledge, against women as grand marshals. There just haven’t been that many—four, counting this year’s honoree, Kathy McGee Burns, president or former president of [fill in just about any Irish organization in Philly here}.

While we’ve had Sinn Fein members marching in the parade, the truth is, most people wouldn’t know it. Or care. We don’t usually get anyone famous, unless you count the CBS3 crew and WMMR’s Preston and Steve. The modern-day equivalents of Devlin, the Berrigans, and Behan are not clamoring to march up the Parkway for their 10 seconds of fame live on local TV. Even the delegate from the Irish government, which always sends someone to visit this time of year, isn’t marching in the parade. Tanaiste (deputy prime minister) Joan Burton is leaving the city the night before. Was it something we said? We are a humble people; most of our floats were being handmade in someone’s neighborhood last week.

I don’t know that any gay groups have applied to march, but I would like to think they would not be turned down, that it wouldn’t become a controversy. We live in a city where we have an official “gayborhood” marked by rainbow flags and one of our sweetest, loveliest and most famous Irish pageant winners is openly gay. I like to think we’re more than tolerant here. I like to think we’re party people whose attitude is, “Ahh, sure, the more the merrier.” We have been not asking, not telling, and not caring longer than most people. I’m not naïve. I know that there are bigots in our community. I hear things. But I’d like to believe that their small voices would be drowned out by the Mormon Tabernacle Choir of the right-thinking people who live in this city.

We do like to party. Some of us party hard. Some of us throw up in the streets; most of us do not wrestle there. There have never been any serious incidents associated with the parade to my knowledge. I did once see a silly string fight at 17th and Arch, but no one was seriously injured in the mele. I once interviewed two guys having beers and laughing together at Tir na Nog and asked them how long they’d known one another. They turned and looked at each other. “Oh, I don’t know,” said one. “About 20 minutes?” Chill. We are chill.

I was a member of the St. Patrick’s Ring of Honor one year, and marched in the parade with about 10 other women, including two nuns and two judges. We heard a lot of calling and cheering from the crowd as we went by. I wondered whom they’d recognized from the group until it suddenly dawned on me—they were former students yelling to the Sisters of Mercy who were marching behind us. We are a people who cheer their nuns.

In fact, when I started thinking about our noncontroversial St. Patrick’s Day Parade, I was only able to come up with a handful of questions that really didn’t lend themselves much to a click-bait slideshow. Here’s what I’m wondering (see photos below):

Will the lady who wears the cabbage and potato necklace be hanging around 16th and Arch? And will she be wearing the leprechaun shoes?

Now that traffic guy Bob Kelly is at Fox29, who will be bouncing around the streets doing random interviews for CBS3 and CW Philly?

What is with the folks in the full-body suits? A couple of years it was a green man, one year a shamrock person. I use those descriptors deliberately. These are skin-tight suits. I knew one was a guy. The other. . .hmmmm.

Will Murphy the Irish wolfhound be on the Parkway or has he gone to the great dog park in the sky? Wolfhounds, alas, are not long-lived animals and we didn’t see Murphy last year.

What will make Parade Director Michael Bradley smile during the parade? It certainly won’t be seeing a camera.

How many city blocks will the Second Street Irish Society contingent take up when standing still? That has to be the largest group in the parade. No complaints. They have music, adorable kids, and they dress really well. But why aren’t they the Two Street Irish Society? Everyone knows that in Philly, that’s what we call that stretch of road in South Philadelphia. You know, because we’re quirky like that.

Can I crash the McSweeney-Sears party that’s been in the same spot on the Parkway since 1993? They always have liquid refreshments. In New York, is it possible to know spectators along the parade route because you see the same people year after year? I will be missing some familiar faces, people who are no longer with us, including Mary Walters, who I met 9 years ago during my first parade; the AOH’s Joe Montgomery, always the best-dressed man on the Parkway; the guy with the beard who was the best St. Patrick ever; and always, Knute Bonner and Paul Phillips, two parade veterans.

And finally, what shall I wear? Some years, the weather for St. Patrick’s Day Parade is as warm and balmy as a Caribbean night. Other years, this rain-or-shine parade lives up to its name. One year, my hands were so cold that the photo IDs I took down looked like they were written by someone with tremors. Like everyone else in the city, I blame the weather on the local meteorologists because, of course, they control it. We once drove a guy out of town for overhyping a snowstorm. That’s the kind of people we are here. 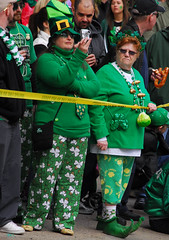 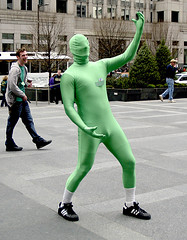 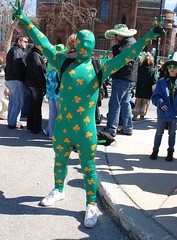 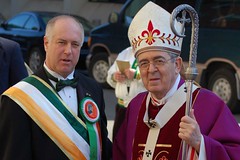 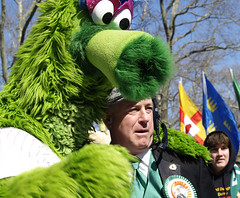 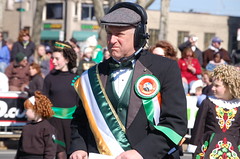 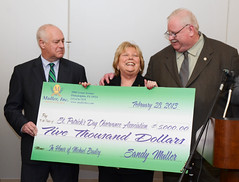 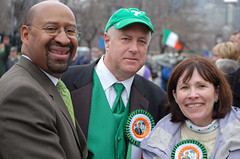 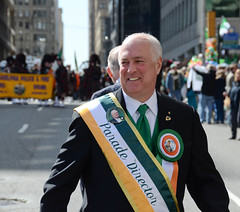 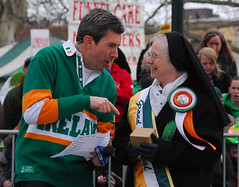 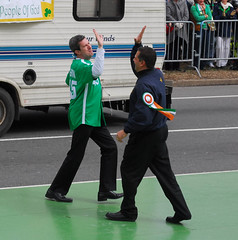 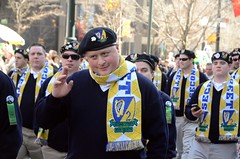 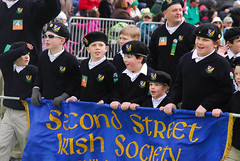 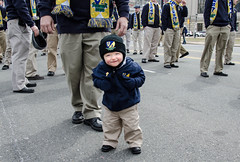 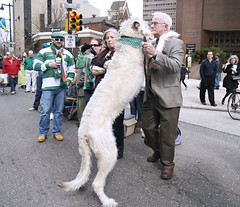 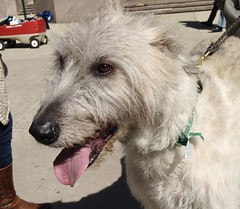 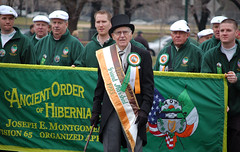 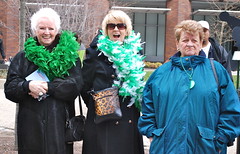 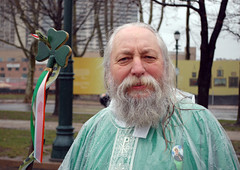 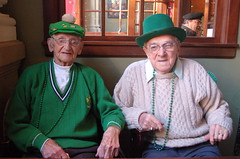 Top 10 Ways to Get Over St. Patrick’s Day

How to Be Irish in Philly This Week

How to Be Irish in Philly This Week