A Garden Tea Party Fundraiser and a Community Coming Together

“It’s overwhelming how people just come together in situations like this. Situations that you don’t even think about before they happen.”

These are the words of Fidelma McGroary, and she knows what she’s talking about. Fidelma is one of five Delaware County women who organized last Sunday’s Garden Tea Party to raise money for two strong little boys who are fighting cancer.

Caolan Melaugh, the cousin of Fidelma’s sister-in-law in County Donegal, was diagnosed at four weeks with Neuroblastoma. Now four months old, Caolan is undergoing an 18 month protocol in Ireland to treat his cancer, but the best chance for a successful cure would mean treatment in either the U.S. or Europe. An expensive undertaking, the Caolan Melaugh Fund has been established online, and half of the money raised at Sunday’s Tea Party will be donated to Caolan.

Conall Harvey is much closer to home. The five year old, whose family is part of St. Denis Parish in Havertown and whose great-grandmother was the late Rosabelle Gifford, was diagnosed in March of this year with Acute Lymphoblastic Leukemia.  The Leukemia was discovered when Conall was admitted to the ER with what his parents thought was dehydration from a stomach virus.  But instead of a stomach virus, Conall’s body had gone into septic shock from a bacterial infection that his immune system was too weak to fight off. Doctors amputated both Conall’s legs at the knee and part of his hand to save his life; the other half of the money raised Sunday will go directly to Conall’s family as he undergoes chemotherapy and rehabilitation.

“These are two special little boys,” Fidelma said. “And we decided we weren’t going to let another day go by without doing something to help them. We’ve been talking about giving back and paying it forward for years. I wanted to do something for Caolan, and then we heard about Conall. That’s how it started.

“This could not have happened without Louise Moore, Sharon Doogan, Kathy McGuinness and Colette Gallagher-Mohan. And the people who donated raffle baskets and food and their time. Everybody lifted the phone and said ‘What can I bring?’ And then the word started to spread, that’s the people of the Irish Community.”

Another group that was instrumental in making the Garden Tea Party so successful was their children. “They did all the decor. They did everything, we couldn’t have done it without them,” Fidelma said. “It was important that the kids were a part of this. I wanted them to grow up realizing how blessed they are and to learn to give back. So when they grow up and we’re old and gone, they’ll carry on.”

The special guest of the day was Mairead Comaskey, the Philadelphia Rose of Tralee. Beautiful and gracious, Mairead could usually be found with a trail of young girls in her wake. In addition to judging the best-dressed contests, she happily posed for pictures and shared her sash and crown with the crowd. In a few weeks, Mairead is off to Tralee for the International Rose Pageant, but on Sunday her heart was with Caolan and Conall.

At the time of the fundraiser, Conall Harvey was still recovering at CHOP, but his aunt, Rose Harvey Kurtz, was at the event. “Conall is just a beautiful bright light, a beautiful spirit,” she said. “He’s a fighter. His school dedicated a day to him, and the motto was ‘Conall Strong.’ We do down to visit him to brighten his day, and instead he brightens ours.

“The outpouring of love and faith is keeping us going. There’s something about Conall’s spirit that is bringing out the love and goodness in people. People’s faith is coming back. The positive thing is the strength of the family and friends who are so supportive, and the beautiful people who do beautiful things like this. It’s overwhelming how good people are.”

You can see all the photos from the Garden Tea Party below. 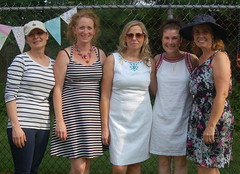 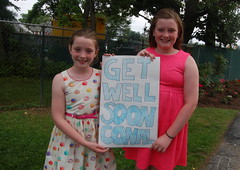 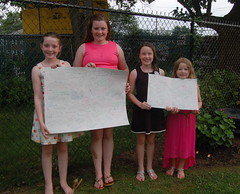 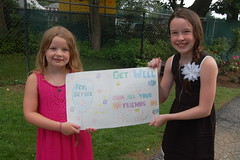 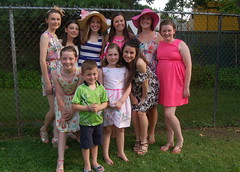 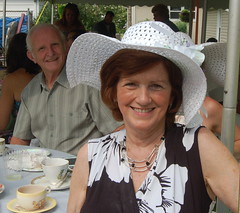 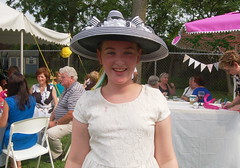 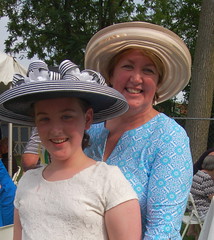 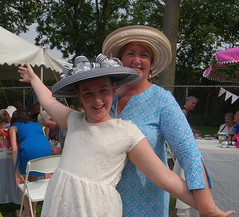 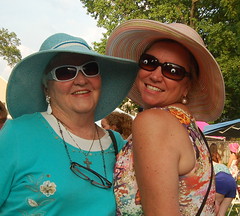 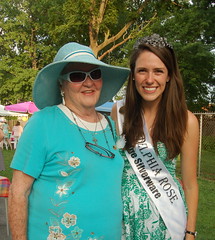 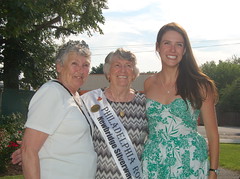 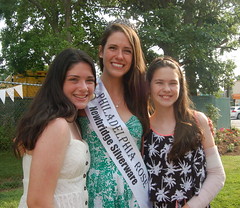 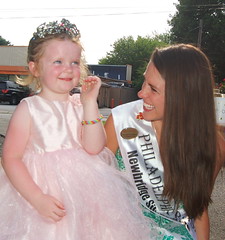 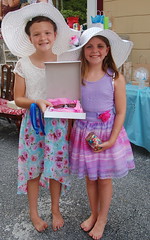 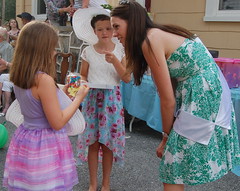