A funny thing happened this year to Wayne’s Mary Lou Sterge. The guy who came to remodel her house asked her to dance.

But no, it’s not what you think. The guy was Louie Bradley, chairperson of the board of the Delco Gaels, youth Gaelic sports club in Delaware County. Last year, Bradley was the winner of the silver mirrored trophy, along with dance partner Michelle Quinn, for the Delco Gaels’ “Dancing Like a Star” fundraiser, in which eight couples compete in various dance styles that they’ve learned over several months of intense rehearsals.

“Louie recently remodeled my house. My house looks great, and now I’m dancing,” said Sterge, a fundraiser, after rehearsal last Sunday at the McDade-Cara Irish Dance School studio in Newtown Square. She and her partner, Tom Gregory, were sharing some pizza after an hour of dancing to Ike and Tina Turner’s Proud Mary, he in silver platform shoes he bought from the internet.

“They’re officially ‘silver platform pimp shoes,’” explained Gregory, a commercial banker from Swarthmore who is also competing because of a Louie Bradley connection—his son, Connor, and Bradley’s twin sons Shane and Connor, play soccer together for the Haverford School.

They admitted they both quickly said yes when Bradley asked them to volunteer for the fundraiser. “But we didn’t realize what a commitment it was until we made the commitment,” said Gregory.

The eight couples started learning their moves from choreographers Lisa Oster and Jennifer Cleary the first week of January, and have been practicing every week since.

Though it sounds grueling, the two are happy they agreed. “Although I had no idea it was going to be a source of stress and anxiety, it’s a lot of fun,” laughed Sterge.

The whole thing has been a revelation for Gregory in another way. “I had no idea there was such a close-knit Irish-American community,” he admitted. “And I’m 100 percent Irish and so is my wife. This is the first time I’ve ever been associated with something Irish.”

And as for Sterge, she just shrugged. “I’m not even Irish. But I am having a good time.”

“Dancing Like a Star,” now in its fifth year, takes place on Friday, February 19, at the Springfield Country Club, 400 N. Sproul Road, in Springfield, Delaware County. Go to the Delco Gael’s website for more information and to buy tickets.

See photos from rehearsal below. 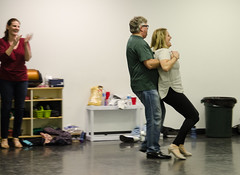 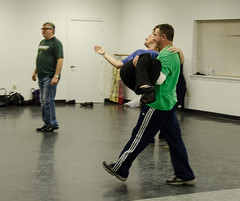 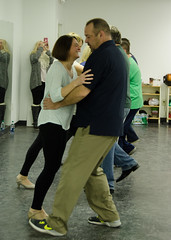 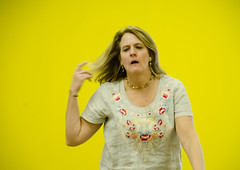 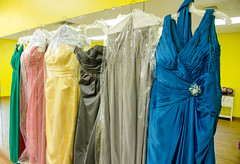 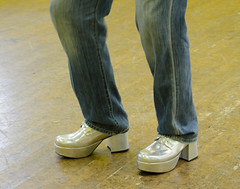 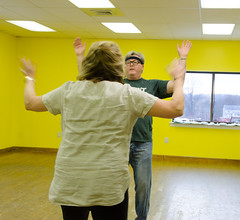 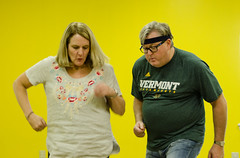 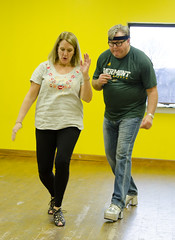 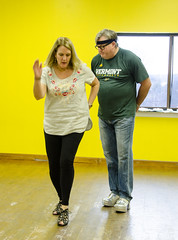 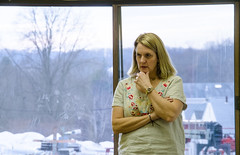 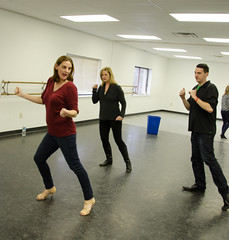 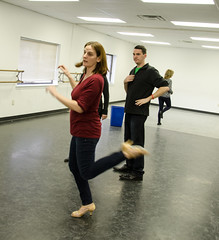 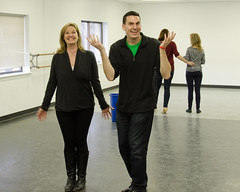 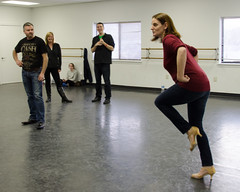 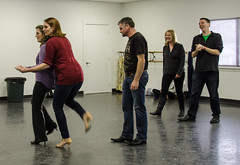