Philadelphia Remembers the Heroes of 1916—Including Its Own

Imagine, said Villanova History Professor Craig Bailey, PhD, that in 1776, the Revolutionary army under the command of General George Washington had lost to the British and “all our founding fathers were captured and executed.”

Although Bailey was preaching to the converted and well-versed this week at Villanova University’s Falvey Library—many in the audience were members of the region’s 1916 Easter Rising commemoration group—it was an apt way of putting the 1916 Irish rebellion into a perspective the average American could understand. It was the lost battle that eventually led to Ireland’s independence,

The Proclamation read on the steps of the General Post Office in Dublin by teacher and revolutionary Padraig Pearse, addressed to “Irish men and Irish women,” owes at least some of its sentiment to Jefferson’s Declaration of Independence prose aimed at freeing American men and American women from the yoke of British colonialism.

“We declare the right of the people of Ireland to the ownership of Ireland, and to the unfettered control of Irish destinies, to be sovereign and indefeasible,” it reads in part. “The long usurpation of that right by a foreign people and government has not extinguished the right, nor can it ever be extinguished except by the destruction of the Irish people.”

You can read the whole thing yourself. An original copy of the Proclamation is now on display, along with other memorabilia related to the 1916 from the university’s Joseph McGarrity collection, until July 1 on the first floor of the library. It’s just one of many ways this seminal event is being remembered in the Philadelphia area.

That so many Philadelphians are celebrating the independence of Ireland too is apt. Philadelphia, said one expert, was “the epicenter” of support for Irish freedom. Joseph McGarrity, a native of Carrickmore, County Tyrone, became a successful businessman in Philadelphia after arriving here in 1892 as a young man of 18. He also became a leader of Clan na Gael, an Irish republican organization in the US. McGarrity raised money for arms for the Irish rebels. Like Robert Morris in the American revolution two centuries before, he was considered the financier of the Irish rebellion.

Another local Clan na Gael man, a shoemaker named Luke Dillon, was part of a bombing campaign in England in the late 1800s. Dillon was implicated in the bombings of Scotland Yard and Parliament and came to be known as “Dynamite Luke.” Both he and McGarrity lived to see Ireland become a free and independent nation, though, even to this day, it remains separated politically from the six counties in the North.

Portraits of both men by local artists were unveiled Sunday afternoon at a special program at The Irish Center in Mt. Airy which also featured dramatic readings of last words and eyewitness accounts of the leaders of the rising who were executed without trial by the British. (That act incensed the Irish populace, which in large part had not supported armed rebellion, and moved them to take the places of their new martyrs. Ireland became a sovereign country in 1921.)

Actors from the Irish Heritage Theater in Philadelphia and 1916 committee member Liz Kerr  as Countess Markievicz played the roles. Listen to the last moments of Joseph Plunkett’s life. There were also portraits of other leaders, including Roger Casement, and Padraig Pearse, as well as a charcoal drawing of modern-day Sinn Fein leader Gerry Adams by Megan Lawlor, whose portraits of various Irish leaders hang in the Barry Room at the Irish Center. Artists Ruane Manning, Barrie Maguire, and Jocelyn McDonald were also on hand. The exhibit and program was produced by local writer, Sabina Clarke.

Deirdre Mullen and Regina Mullin Bocchino, granddaughters of McGarrity, as well as Luke Dillon’s great grandson, Mike Moran, attended the ceremony and posed for photos with the portraits of their illustrious ancestors.

You can see photos from both events below.

There are a number of other events planned to commemorate the 1916 Centenary. They include:

Monday, March 28, 11 AM
AOH Commodore Barry Division 1 of Gloucester City, NJ
Irish Flag Raising Commemoration of the Easter Rising
Red Bank Battlefield
100 Hessian Avenue
National Park, NJ
There will be speeches by dignitaries, a reading of the Proclamation, raising of the Tri-Color flag, followed by Mass at Noon at the AOH Hall, 200 Columbia Blvd, National Park, NJ, celebrated by Bishop Dennis Sullivan and Father Ken Hallahan. A lunch will follow.

Wednesday, March 30, 1:30 PM
Screening of “A Terrible Beauty”
The Irish Immigration Center
7 South Cedar Lane
Upper Darby, PA 19082
This docudrama offers a fresh approach to the Easter Rising, using archive footage with dramatic recreations and eyewitness accounts to tell the little known stories of ordinary soldiers on both sides. The screening will follow the regular senior luncheon at the center.

Sunday, April 3, Noon
Annual Easter Rising Commemoration
Join Philadelphia’s Irish republican community in honoring two local heroes of the Rising, Joseph McGarrity and “Dynamite” Luke Dillon of Clan na Gael, at Holy Cross Cemetery, 626 Baily Road, Philadelphia, PA 19050. Members of the McGarrity and Dillon families will be on hand. This is followed by “The Spirit of 16” 100th Anniversary Commemoration at the Oaks Ballroom, 511 W.Oak Lane, Glenolde, PA 19036. There will be a buffet, cash bar, and live music by the group, The Spirit of 16. $25 for adults, $10 for kids 12 and under.

Wednesday, April 6, 5:30 PM
“The Dead of the Irish Revolution and the role of the Intelligence Services in Ireland in 1916-1921
Speaker: Dr. Eunan O’Halpin, professor of contemporary Irish history, Trinity College, Dublin
The Catholic Philopatrian Literary Institute
Stotesbury Mansion
1923 Walnut Street
Philadelphia, PA 19103
This program is co-sponsored by the Philadelphia Alumni Branch of the University of Dublin, Trinity College, The Irish Immigration Center and the Catholic Philopatrian Literary Institute. Admission is free but tickets are required.

Monday, April 18, 5:30 PM
An Evening with Dr. Brendan O’Leary
Stotesbury Mansion
1923 Walnut Street
Philadelphia, PA
Dr. O’Leary of the University of Pennsylvania will be lecturing on the different perspectives of the 1916 Rising. It’s sponsored by the Philadelphia chapter of Trinity College Alumni and the Catholic Philopatrian Literary Institute. Admission is free. Register by calling 610-789-6355 or emailing info@icphila.org.

This popular performer will examine the events of Easter 1916, the people involved in planning the rebellion and the music that was inspired by the events. $15. For tickets, click here.

Sunday, April 24, 10 AM
The Irish Easter Rising Centennial Commemoration
This event, planned by the Irish Easter Rising Centennial, group, starts with a a flag-raising ceremony at the Irish Memorial, Front and Chestnut Streets, in Philadelphia, followed by a procession to Independence Hall, 5th and Market streets,  for a reading of the Proclamation.

“To Strike for Freedom: The 1916 Easter Rising”
Falvey Memorial Library
Villanova University
800 Lancaster Ave.
Villanova, PA 19085
Falvey’s special collections commemorates the event in this exhibit of items held in the Joseph McGarrity Collections. You can see some of the items and read more about them at the library’s websites here and here. 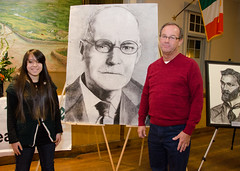 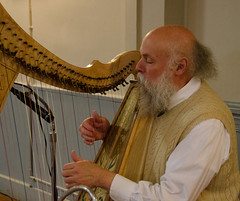 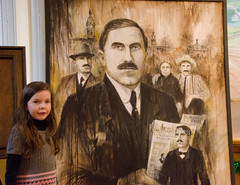 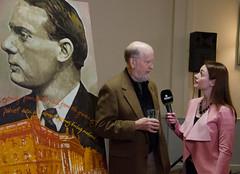 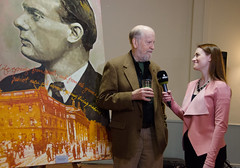 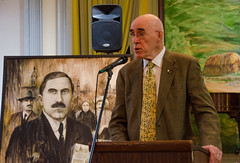 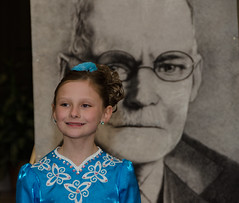 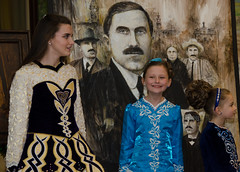 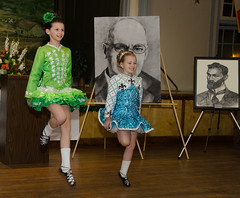 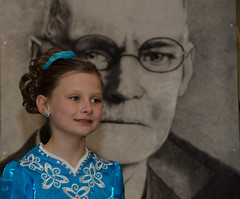 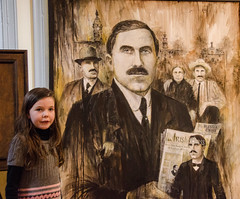 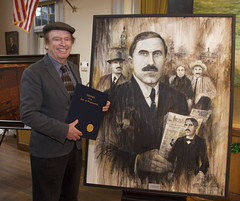 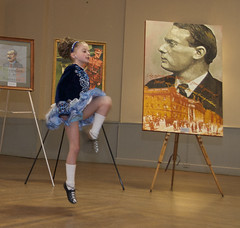 Below are photos from the launch on Monday of the 1916 Eater Rising Exhibit that runs through July 1. 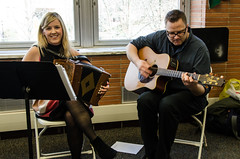 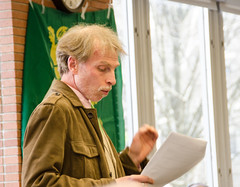 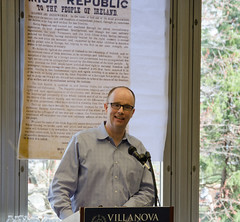 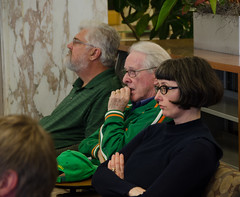 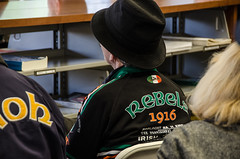 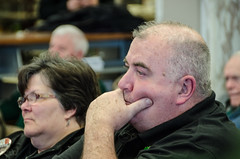 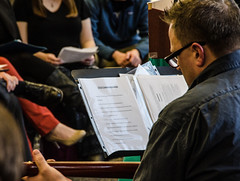 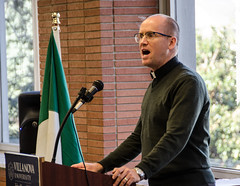 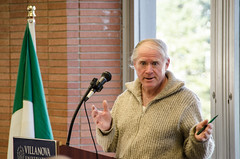 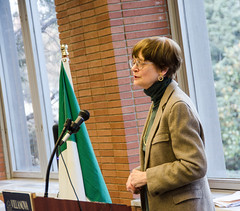 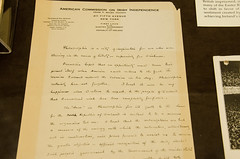 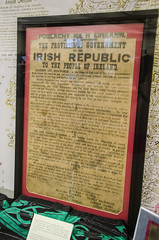 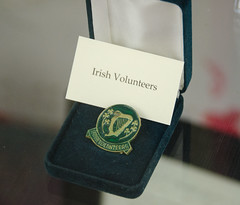 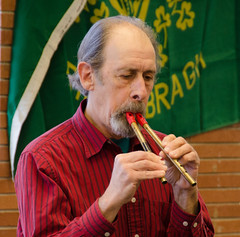 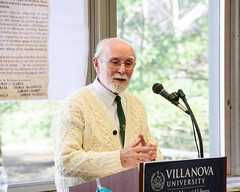