The annual Easter Rising ceremony at Holy Cross Cemetery on April 3 took on special poignancy this year, which marks the 100th anniversary of the Dublin battle between Irish revolutionaries and British soldiers that played a pivotal role in the birth of the Irish Republic in 1922.

Members of the families of three prominent Irish freedom fighters who are buried in the Yeadon cemetery took part in the ceremonies, which included rifle salutes by the Pennslvania 69th Irish Volunteers re-enactors, speeches by Sinn Fein’s Sean Conlon, the Monaghan town councillor who spent part of his childhood in Delaware County; Judyann Gillespie McCarthy of the local 1916 Easter Rising Commemoration Committee, and Tyrone native and historian, Patsy Kelly.

Accompanied by an honor guard from Clan na Gael and AOH Div. 39 and led by the Emerald Pipe and Drum Band, the group of about 100 people stopped at the graves of Clan na Gael’s Joseph McGarrity, the Tyrone native who was a leading businessman in Philadelphia and who helped finance the Rising; “Dynamite” Luke Dillon, who was part of a bombing campaign in the late 1800s in England and Canada; and Cork immigrant Daniel Cahalane, a Korean War veteran and Purple Heart recipient who once served as head of the Delaware County branch of Irish Northern Aid and was imprisoned in 1973 for his part in a conspiracy to smuggle arms to the IRA.

At Luke Dillon’s gravesite, Councillor Conlon drew parallels between the Irish struggle to free itself from British rule to America’s own fight more than 100 years before. The Easter Rising, he said, was part of a continuum. “An uprising that followed previous insurrections against British rule, from 1798 onwards undoubtedly inspired by the actions of the founding fathers of this great country who similarly endured the denial of the basic laws of liberty in achieving government for the people, by the people leading of course to the American Revolutionary War.”

Where America had its Thomas Jefferson and George Washington, he pointed out, Ireland had its Wolfe Tone, an Irish Protestant who helped found the United Irishman and is considered the father of Irish republicanism. Wolfe Tone lived in Philadelphia, West Chester, and Downingtown just after the American revolution before returning to Ireland to lead the ill-fated 1798 Irish rebellion.

“Over the centuries and up to recent decades of resistance the doomed empire failed to take account of the indomitable spirit of Irishmen and women in their efforts at seeking independence and basic human rights as asserted in the 1916 Proclamation [read by Padraig Pearse on the steps of the Dublin post office in 1916] ,” said Conlon. “It was a revolutionary document of its time, and still remains today the mission statement for modern day Irish republicanism. As with your own Declaration of Independence signed 240 years ago, such documents do not die.” Read the full text of Conlon’s speech.

Mike Moran, great grandson of Luke Dillon, brought a human face to his ancestor, who was born in England to Irish parents, grew up in Trenton, and was a fearless guerrilla fighter who was part of a bombing campaign that hit both Scotland Yard and Parliament in London.

His mother, Eileen Dillon Moran, at 91 still has fond memories of her grandfather, he says. “You know how about Tuesdays with Morrie?” he said, recalling the bestseller by writer Mitch Albom. “Well, I have Mondays with Mom and I get to hear about a different Luke.”

His great grandfather, who was thought to be dead when he was imprisoned in Canada under an assumed name, returned to his shocked family who were as grateful to see him as he was to be home. His mother remembers a grandfather who spent time with them in Sea Isle City on vacation, where their evenings were spent “with beer and Irish songs.”

One vibrant memory she has, he said, was of one Christmas morning when he came to see her and her sister. Her grandparents wanted to take them back to their home but the little girls were reluctant to leave their presents. But that was no problem for “Dynamite” Luke. The presents would come with them. “So there he was, walking down the street with a little girl on each hand with baby dolls and carriages dragging behind them,” said Moran.

Below is a highlight video of the day as well as a photo essay.

A 1916 Easter Rising Centennial Commemoration will be held on Sunday, April 24, starting at the Irish Memorial at Front and Chestnut Streets in Philadelphia with a flag-raising ceremony followed by a procession to Independence Hall at Fifth and Market Streets with a reading of the Proclamation. 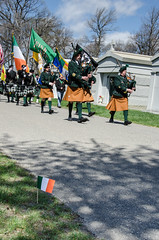 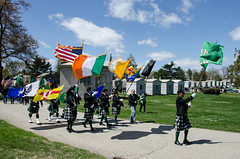 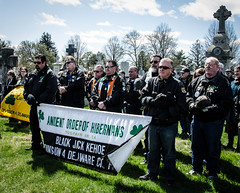 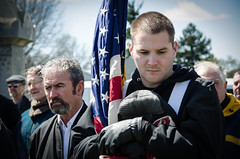 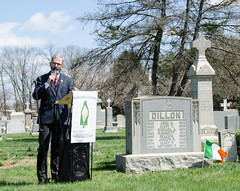 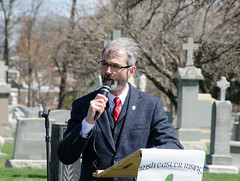 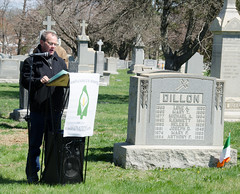 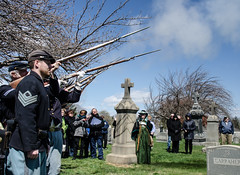 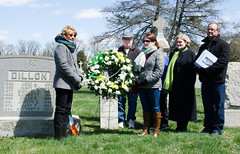 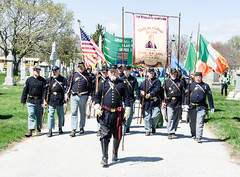 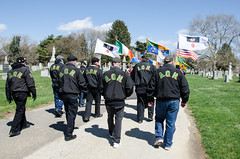 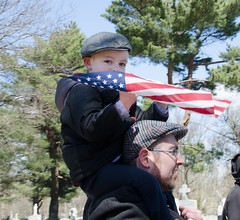 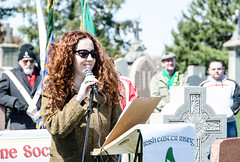 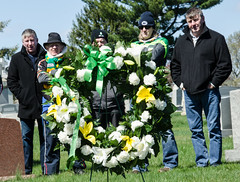 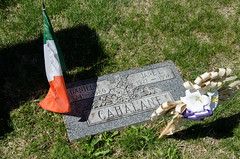 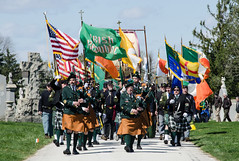 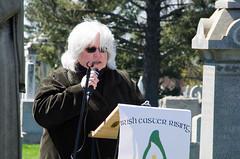 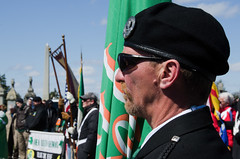 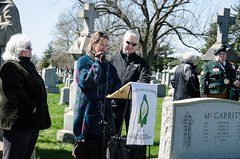 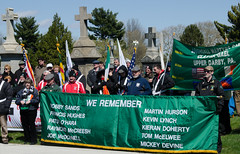 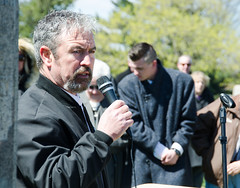 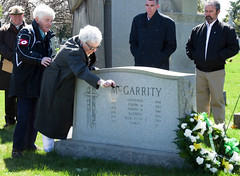 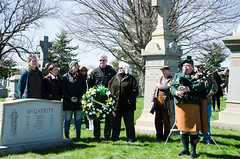 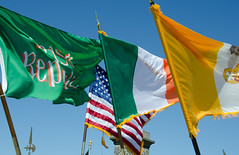 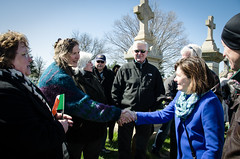 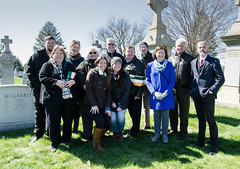