More Than 250 Walked From Darkness Into Light

The Sharpie-written notes on the “Banner of Hope” offered the answer to the question, “Why did you get up at 3 in the morning to do a 5K in the rain?”

“In loving memory of my dear Lori. Love you. This one’s for you.”

“In memory of Paddy, Love, Brigid.”

“Missing you always!” This tiny message appeared under a drawing of a yellow butterfly whose artist added a smudge of orange and two tiny antennae with care.

All of them, messages to people who died by their own hand.

More than 250 people gathered outside Lloyd Hall on Kelly Drive at the top of Boathouse Row starting at 3 AM last Saturday to participate in the “Darkness Into Light” 5K to benefit Pieta House, an Irish organization that provides free counseling to those considering suicide or self-harm. Fox29’s Bob Kelly hosted the opening ceremonies and helped rally the runners and walkers who were already soaked by the persistent drizzle.

They were joining more than 100,000 people in 120 locations across the world who got up early to live up to the spirit of the name—starting in darkness and walking into the light of sunrise. Leslie Alcock, executive director of the Irish Immigration Center of Philadelphia, along with Donegal-born Una McDaid of Havertown, headed a group of 40-some volunteers who organized the first Pieta House 5K ever in Philadelphia.

There is only one Pieta House branch in the US—in New York—but organizers hope to bring one to the Philadelphia area in the future.

The organization was founded by Irish psychologist Joan Freeman after the suicide of her sister. It relies heavily on donations to provide its counseling services free of charge. Speaking at the event in Dublin’s Phoenix Park last Saturday, Freeman acknowledged the huge crowds who were meeting at the same time—4:15 AM, though in different time zones—across the world. The first marchers started in New Zealand, and the last in the US. “To feel the energy and the support of 120,000 people at our back is overwhelming,’ Freeman told the crowd at Phoenix Park.

In Philadelphia, tiny battery-operated candles lit the 3.2 mile-path along the Schuylkill River. The event ended at the top of the steps of Philadelphia’s Museum of Art as light—if not sunlight—illuminated the Parkway and parts of the skyline that was still wreathed in fog and mist. See photos below.

A recent report revealed the suicide rate in the US has jumped 24 percent since 1999, with the biggest increases among women between 45 and 64. Suicide rates for women have jumped by 80 percent since 1999, according to the Centers for Disease Control and Prevention, although men are still more likely than women to kill themselves.

In a related event, the Irish Immigration Center hosted Donegal writer Liam Porter who talked about his own journey from darkness into light. During Ireland’s protracted recession, Porter lost his newspaper job and couldn’t find work. He fell into a deep depression, a struggle he shared with very few people, including his own siblings (he’s one of 13). Gradually, he found his way out by a series of small challenges he gave himself, one being writing a poem a day.

His book, Dancing in the Rain, contains over 90 of the 366 poems he wrote over a year. And one thing led to another: He ran 5Ks, climbed a mountain, and actually learned to dance, competing in a dance fundraiser to benefit a local school which he and his dance partner won. He and his sisters, Una McDaid and Fionnuala McBrearty, who live in Delaware County, read poems from his book on Monday night at a wine-and-cheese reception at the Immigration Center in Upper Darby.

Porter, who with his wife, Lorraine, participated in the “Darkness Into Light” 5K, told the story of taking a walk in his hometown of Raphoe and running into the father of a young footballer he’d coached, a young man who killed himself in his early 20s. “His father told me, ‘He didn’t take the pain away, he left it for us.’” The words struck a chord. He initially started the poem-a-day, he said, to guarantee that he would have a reason to get up every day.

“Once I had one done,’ he told us in an interview late last year, when “Dancing in the Rain” was released, “I knew I had to be here tomorrow to do the next one, affirming what I’d decided: No going back to the worst of that dark place.”

The writing, he said Monday night, “was like blotting paper” for the pain. “It just took it away.”

To learn more about Pieta House, go to their website. 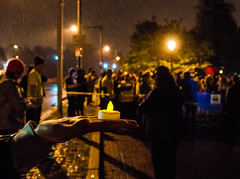 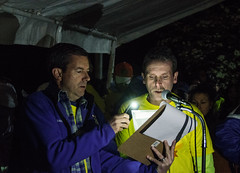 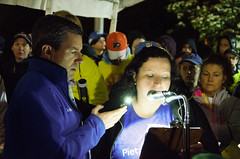 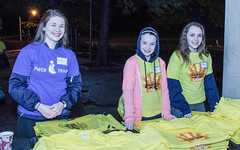 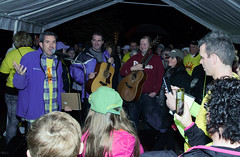 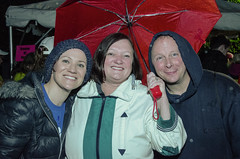 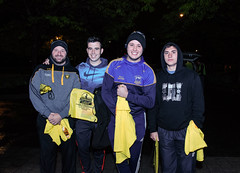 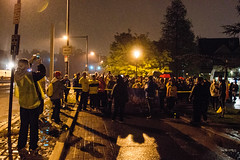 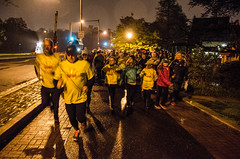 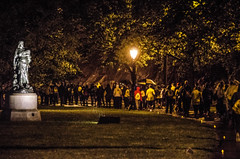 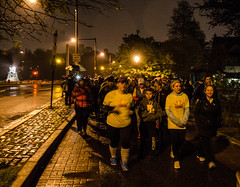 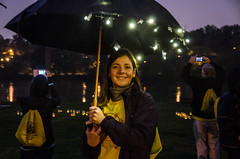 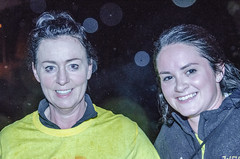 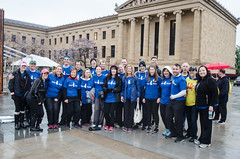 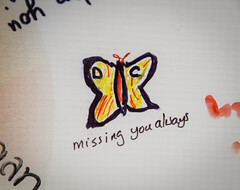 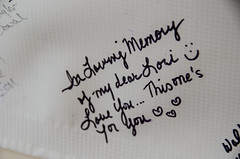 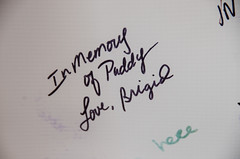 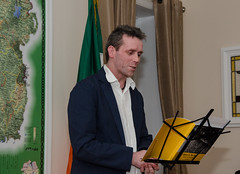 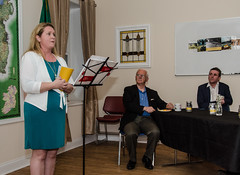 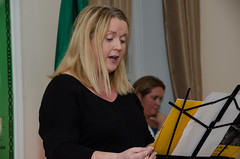