More than a dozen Tyrone GAA fans, many of them Tyrone natives, dashed up the front steps of the Philadelphia Art Museum, Rocky-style, last Sunday to pose for a photo to share with Tyrone fans across the world.

Their team is facing Kerry, the reigning champs, this Sunday in Croke Park in Dublin in semi-final action. The last time Tyrone made it to the All-Ireland was in 2008. This weekend, the coach who took them to victory in 2008, 2005, and, for the first time ever, in 2003, Mickey Harte, is hoping for number 4.

The reason for the photo—which was to join all the other photos from around the world—was to show support for the team which was, until this week, facing the loss of a key player. Tiernan McCann was facing an eight-week ban for allegedly overreacting to an opposing player from Kerry touching his head during a quarter final game at Croke Park. Officials said McCann “dived” when his hair was ruffled, leading sports writers to dub the incident “rufflegate.” That ban was lifted this week by the Central Hearings Committee.

Needless to say, the shots taken against Tyrone were heard ‘round the world. “ It breaks my heart being from Tyrone and having family and friends on the team for years,” says Ciara McGorman, who now lives in Delaware County and who helped organize the Art Museum photo. “I know how much hard work and sacrifice these young amateur athletes put into this.”

She and other Tyrone supporters created a Facebook page to garner global support for their team.

“Other Tyrone websites have asked for Gaels to hang their Tyrone flags wherever they are in the world and post pictures,” she says. “Philly has so many Tyrone people I wanted to do something that would be recognized.”

And it was. The photo of Philly’s Tyrone fans was included in a very moving video montage of photos shown this week at a Club Tyrone meeting in Garvaghey. You can see it here. More photos from Philly are below.

You can see the Tyrone-Kerry matchup on TV starting at 10:30 AM at the Irish Center, 6815 Emlen Street, Philadelphia, and at some Irish pubs in the region, including Tir na nOg, at 16th and Arch in the city and Paddy Rooney’s Pub, 449 West Chester Pike in Havertown. 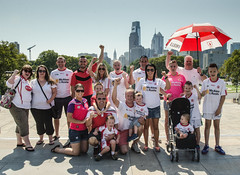 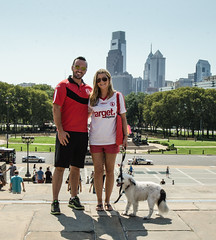 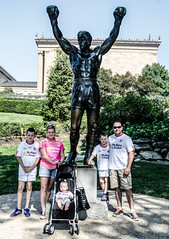 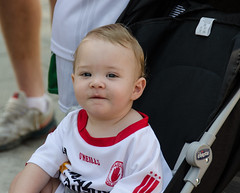