I didn’t get a look at it, but it was from the first time Mick played at the center, many years ago. It was a photo, of course, of a much younger and bushier Mick Moloney. O’Connell had a look at it and he drew laughs from the audience when he described Moloney as looking like “Sasquatch with a banjo.”

That’s kind of how the evening went. A concert with these three masters of the trade is an informal affair. They all had stories to tell—moonshine and the Tennessee World’s Fair figured prominently in one particularly quirky tale—and even though the three of them were up on stage in the bright lights and the rest of us were sitting in the ballroom in the dark, it felt like a much smaller room, with friends sharing gossip, a few well-worn tunes and a drink or two.

Better to show you than to tell you. So what we have is three videos and a small collection of photos from the concert. Hope you like them. 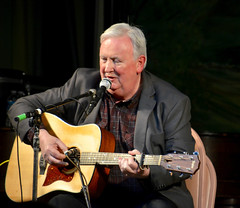 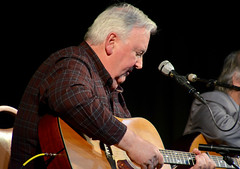 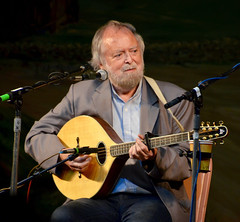 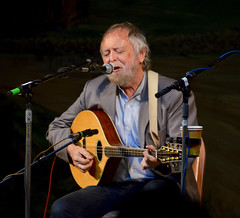 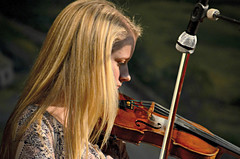 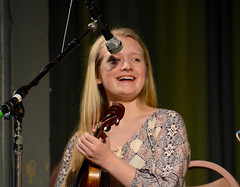 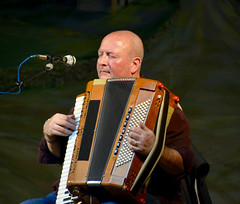 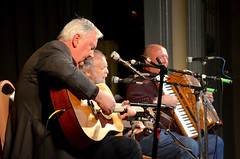 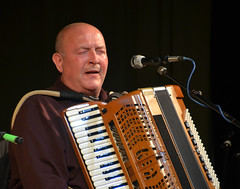 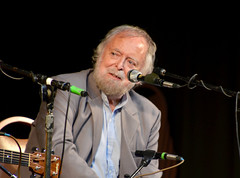 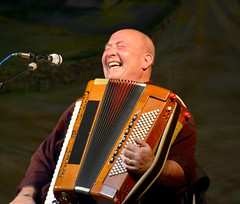 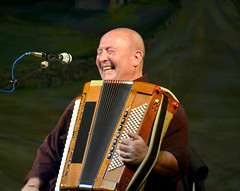