A Picture-Perfect Night for Robin Hiteshew

Robin Hiteshew joined the Philadelphia Ceili Group to learn how to dance.

It didn’t take long before he had moved well beyond learning jigs, reels and polkas. The entire world of Irish dance, music and culture opened up to him quite unexpectedly—right from the start.

“People were very welcoming,” Hiteshew recalls of his first night of lessons in the early fall of 1978 at the Water Tower Recreation Center in the Chestnut Hill section of Philadelphia. “When they put on the music for dancing, and I heard those wonderful jigs and reels, it was like the muse bit me. The next thing you know, I was going down to all the record shops on South Street looking for Irish music.”

He was so inspired, he booked a flight to Ireland just under a year later, searching out the pubs and bars where traditional Irish tunes were played, soaking up the music and chatting with the musicians. “I heard Irish music three out of the four nights I was there.”

One thing led to another, and Hiteshew soon found himself in the Philadelphia Ceili Group, eventually rising to a leadership position. In time, he came to realize the importance of documenting the many Irish music superstars—although they probably wouldn’t think of themselves in those terms—who passed through the city. Ultimately, that documentation found its fullest expression in the form of yet another of Hiteshew’s passions—photography, until recently done the old-fashioned way—on film. “I knew right from the beginning that what the Ceili Group was doing was important. And so I began to document.”

Hiteshew came to know many of those musicians as they traveled through Philadelphia for Ceili Group concerts. “Musicians would wind up staying with me in those days, and I would photograph them the next morning after the concert,” Hiteshew recalls. “With Irish and early mornings … well, they were a little groggy, and sometimes they were getting on the next plane, but they were very gracious. A lot of them are sitting, holding their instrument or playing.”

Some of the photos were also taken in Ireland.

Hiteshew quickly came to understand the importance of documenting the old guard, but also the new young musicians who in turn went running with the music, making it their own. “In two cases,” Hiteshew says of his portraits, “it was a father teaching his child.” (Such as Mike and Mary Rafferty.)

The now extensive collection, he says, “demonstrates the passing of the tradition, from one generation to the next, and the vitality and relevance of the tradition in the 21st century.”

The fruits of Hiteshew’s labors were recognized Thursday night at an exhibition at the Irish Consulate in New York City.

The simply framed prints lined the walls of the consulate’s bright 17th floor exhibit space. There were so many guests it was hard to move. Some of the region’s all-star musicians were also on hand, including fiddlers Tony DeMarco and Don Meade, and piper Jerry O’Sullivan. Later on in the evening, about a dozen of them played a rocking impromptu session—and then it got a lot harder to move, because no one was moving. They were just standing there listening.

Most who attended Thursday night’s event at the Consulate seemed overwhelmed by Hiteshew’s lifelong labor of love—including the Consul herself Barbara Jones. “This is Ireland,” she said as she gestured around the room. “Fifty photographs that have never seen the light of public space. This is the work of a genius.”

“And of course,” she added, drawing laughs from a large local contingent, “that genius is from Philadelphia.”

Hiteshew, for his part, takes a more modest view.

“I want the viewer to know something about the person in the photo and want to know more. If you look at a photo and it speaks to you, then I feel like I’ve done my job.”

Plans are currently under way to move the exhibit to Philadelphia. Stay tuned.

Photos and video below. 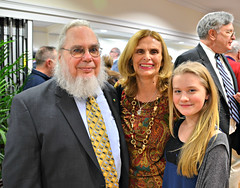 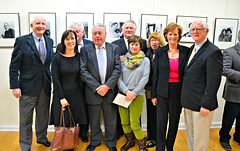 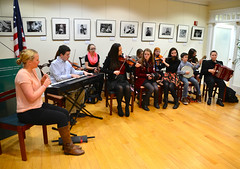 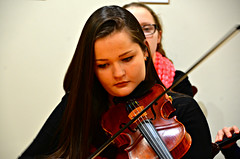 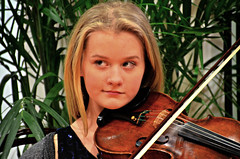 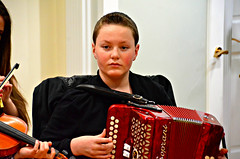 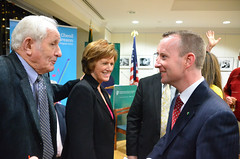 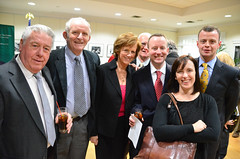 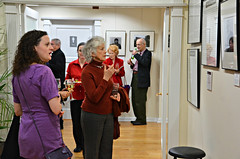 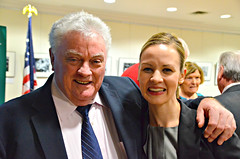 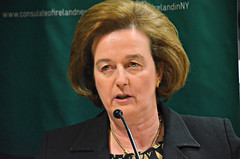 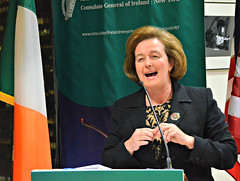 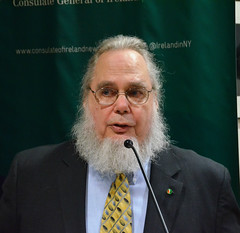 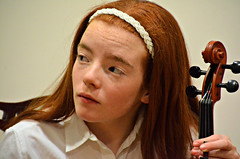 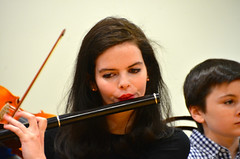 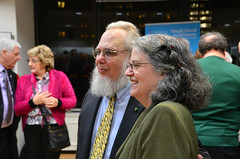 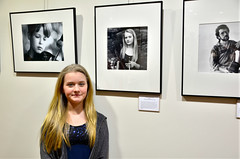 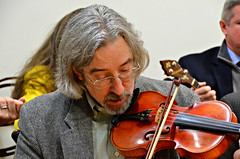 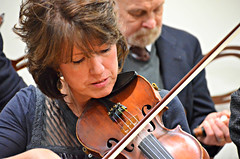 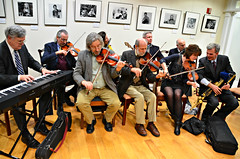 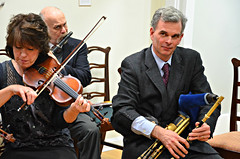 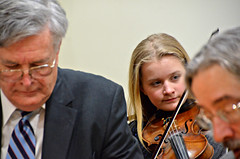 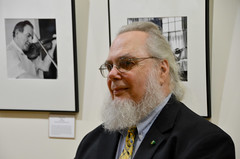